Pivoting from furniture to mask making 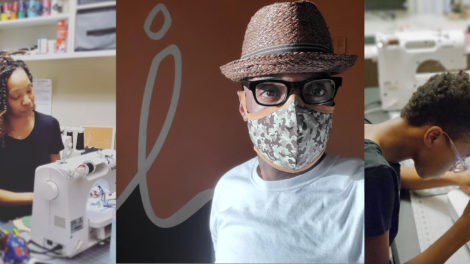 ﻿We couldn't find protective masks for our team, so we partnered with local fashion designer Mirembe Tendaji, to manufacture our own. With a single social media post, orders poured in from across the country. Some bought to donate to the most vulnerable. In addition to hiring a few sewists, a couple of bored teenagers unable to attend school received training to assist in the effort. It's beautiful to experience what ordinary Americans can do when our backs are up against the wall. 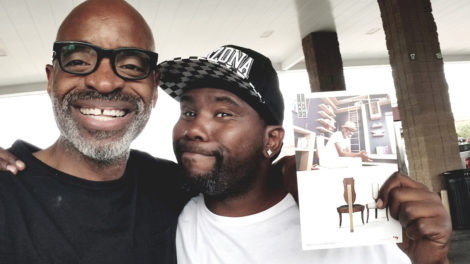 ﻿﻿Pumping gas on May 2, 2019, when a brother just released after 5 years in prison, asks for $25 to buy a shirt for a job interview and a hotel room to shower. My mood was unpleasant so I was trying to ignore him. However, he kept on and soon I became empathetic. Attempting to inspire hope, I gave him one of our furniture brochures, while saying that it wasn't that long ago that I was in a similar situation. When he saw my picture on the brochure, his eyes lit up as he said, "I know you, I know you! I saw you in a magazine, while in prison. I put your picture on my cell wall. One day my cellmate asked, "why do you have that man's picture on the wall?" I said, "because I want to be just like him one day." This experience recharged me by reminding me of the impact that our work is having on others and the necessity to continue, despite the obstacles. 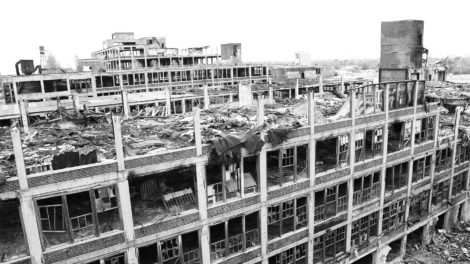 Inner cities all across America have been deindustrialized and the government apparently has no will to lift these neglected communities up, despite decades of promises. Those of us who live in these graveyards are left to conclude that we'll have to rebuild our communities ourselves. Paul Rene accepts the challenge to do its part. 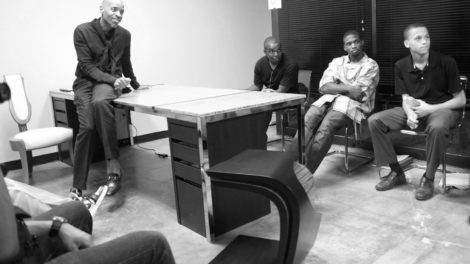 American labor has been sold out. The trades are no longer taught to high schoolers. Neither do we see artisan or craftsmen on the big or little screen. Making things, the foundation of the American middle class is just not cool too far too many Americans. So what does this mean for the country? Just as the saying goes; idol hands are the devil's workshop. Paul Rene's work has young people excited. Our vision is to grow to finance our own woodworking training and apprenticeship program at the old George Washington Carver High School in downtown Phoenix.

There are generally two types of designers - those that take risks by pushing aesthetic boundaries and those who work within trends or, as known in the design world, those that design variations of a trend. Apple Innovates. Samsung offers a good variation of Apple’s innovations. Innovators can do both - push the boundaries and dial back to the trend. The other will struggle to offer a choice. Paul Rene innovates. 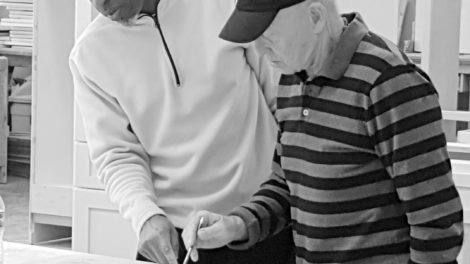 ﻿ We can't take all the credit for the creativity in our work. Our designs express ideas that comes from collaborating with an engaged customer. When the consultation conversation is made safe from judgement of our thoughts, ideas flow one after the other - each refining the last, until a remarkable design comes into view.

The sustainability pitch is dull. 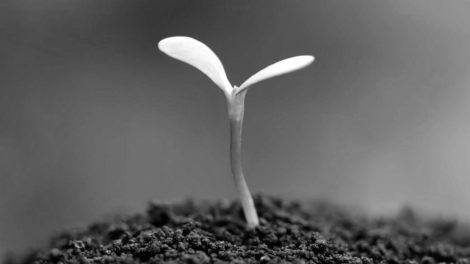 As social entrepreneurs, we find the argument for sustainability lacking THE compelling point. Yes, we are concerned about the ever-increasing intensity of destructive weather. However, the human dimension of this crisis is a greater concern to us. What good does it do to restore the earth and leave its inhabitants to overheat in anger, frustration, and insecurity due to job loss or a lack of means to adequately sustain ourselves and our families? Until were made to see ourselves as the object of the sustainability crisis, instead of the sprouting trees that we often see in advertisements and other forms of public communications, the planet doesn’t have a chance.

No walk-ins. The process starts in your home. There we listen to the voice of the space for design guidance that invites the presence of divine energy and experiences.

RISE: The Making of Paul Rene.